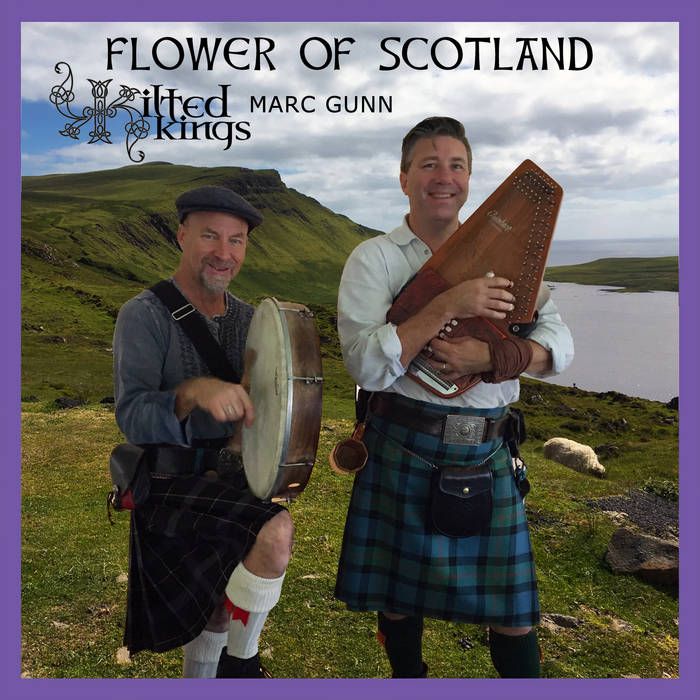 Become the Hero of an Epic adventure of powerful, lilting Celtic World music. Sing. Dance. Smile. Because we wear kilts, and You are royalty!

Kilted Kings are Marc Gunn on autoharp and vocals and Randy Wothke on percussion and background vocals.

We met 15 years ago at the Texas Renaissance Festival. Randy was playing drums with the bagpipes and drums quartet, The Rogues. I was playing autoharp and singing with the Celtic Renaissance duo, Brobdingnagian Bards. Fifteen years later...

In 2015, we launched Kilted Kings at the Paradox Pub at the Louisiana Renaissance Festival. Something amazing happens when musicians click together. You can see it on the smiles of people in the audience. You can hear it in their voices. You can feel it your own feet. That's what happened with us.

The first time we finished playing "Name On My Soul" at the end of our show, a fair maiden came up to the stage, with cash in hand, asking if the song was on a CD. It wasn't. Yet through the rest of the faire, pirates and fairies, lords and ladies, and even those in mundane clothing asked if we had a CD.

That's why we recorded a CD. Thank you for supporting our music!