Soul of a Harper 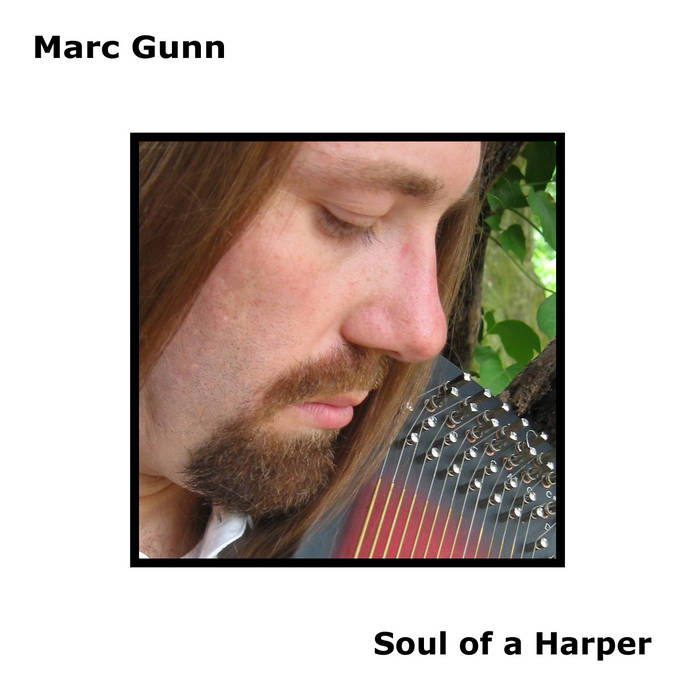 Are you Scots-Irish, too?
After six albums with the Celtic Folk MP3 Superstars, the Brobdingnagian Bards, Marc Gunn decided to create a solo album based on his most-popular solo recordings from 2000-2003 that he named “Soul of a Harper.” Warm and quieting with a touch of bardic fun, it features beautiful vocal balladry and a unique style of autoharping make it a favorite among Scotch-Irish descendents. And it was even chosen by Austin radio's Celtic Storm as one of the best Celtic albums of 2003.

About Soul of a Harper
Long before the Brobdingnagian Bards came to be, I planned to record a solo album to highlight my music and songwriting. A shortage of time and funding prevented this. Then The Bards came along. A lack of time was now more an issue than ever. I'm excited to finally complete an idea that began after my first solo CD, Ichabod's Geography was released in 1997.

I started recording this album in the Winter of 2000 using a 4-track I got that Christmas. I posted the songs on MP3.com. “Buttercup's Lament” became my first solo song to break into the Celtic Top 40 hit.

After finishing the sixth studio album with the Brobdingnagian Bards, “Memories of Middle Earth” in the Spring, I decided to finish this album. I updated a number of old pieces and recorded several new songs.

I think this album better reflects the person that I see in the mirror each day–reflective and romantic. The album title was taken from a song written for me by fantasy author, Rie Sheridan. It does a great job at capturing the feeling of the album.

While I may not be a harper in the traditional sense, my music, instrumentation, and songwriting are a contemporary tribute to the harpers and bards of old who created musical magic for people during their travels.

My own musical journey has been long and often
frustrating, but my boots have served me well and
my soul has reaped the rewards.

Thank you for being a part of my journey,
Marc Gunn, Dec 2003

“Lanigan's Ball” is a traditional Irish folk song. “Killiecrankie” and “My Love Is Like A Red, Red Rose” are Scottish folk songs by Robert Burns.

“The Parting Glass” is a traditional song I recorded after watching Waking Ned Divine after an event hosted by the Gaelic League of Austin in October.

Lyrics for the “The Barrel Song” (aka “The Sick Note”) are by Pat Cooksey and sung to the tune, “The Garden Where the Praties Grow”.

All music was self-produced, recorded, and performed in my home studio. I designed the graphics and CD layout. Photos of me and editing were done by Nancy e. Pearsall. Other photos are by me.