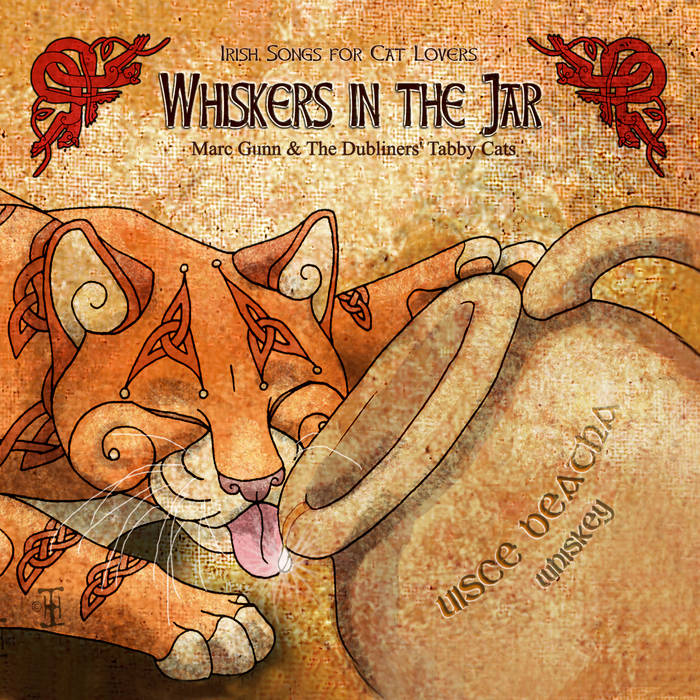 Introducing Whiskers in the Jar: Irish Songs for Cat Lovers! If you love cats and Celtic music, you will love this latest offering from Marc Gunn & The Dubliners' Tabby Cats.

It all began with a phone call. I started meowing in the middle of “Wild Rover”. Then I wrote my first cat song. Irish Drinking Songs for Cat Lovers was born. The CD was wildly popular. Before I knew it I had people asking when I would release my next Cat CD. Sure, I had a few songs already written, but not enough for a second CD. I spent the next two years writing some songs and asking fans of the first album to submit some lyrics. The results are now here!

The album features twelve songs and two sets of Irish tunes. The songs are a mix of Irish and Scottish songs rewritten about cats. You'll hear songs about cats eating catnip, waking you up in the middle of the night, staring off into nothingness. You'll laugh as cats take over a dairy farm, splashing milk all over the place or a nice feline friendly twist to the Sylvester and Tweety Bird cartoon. Cats fight off canine pack recruitment and Harry Potter makes an appearance as does cat cloning. No really! It's twisted, but amazing fun.

The CD was produced by Celtic music lover, Rich Brotherton, and it shows. Whiskers in the Jaris an album of purrlicious fun for cat lovers everywhere.

The graphics were designed by Celtic artist, Ingrid Houwers.