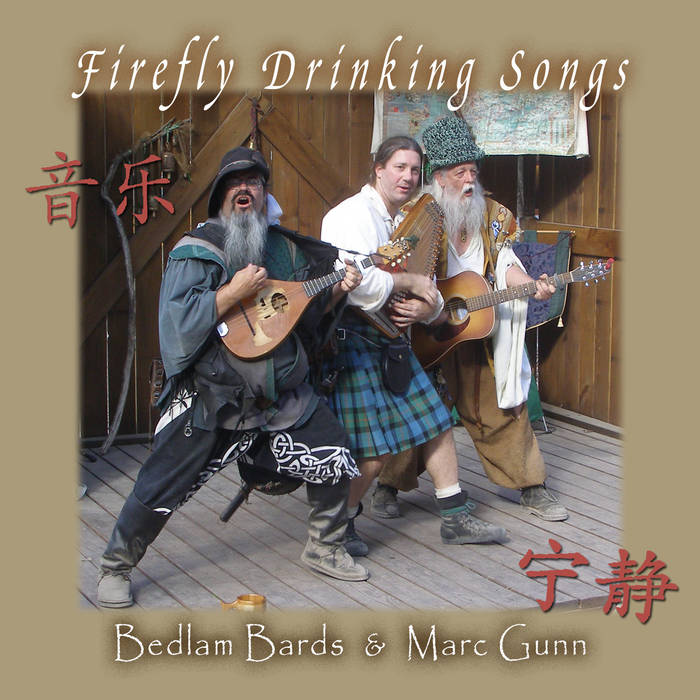 Mighty drinking songs for fans of Joss Whedon's “Firefly” and “Serenity”. The perfect sound for hoisting a mug of mudder's milk!

It all began while I was watching an episode of Firefly called “Jaynestown”. In it, one of our antiheroes is drinking in a pub worried he’s gonna be arrested for past crimes he committed in Canton when a musician starts singing a song about him. The song is called the “Hero of Canton“.

It turns out, “Hero of Canton” even inspired me to ask the question, “What other songs might’ve been heard in that pub in Canton?”

So in 2008, I wrote a song called “Monahan’s Mudder’s Milk“. I played it at DragonCon. While recording for The Signal Podcast, I was inspired by the idea of writing and recording an entire album of Firefly drinking songs.

Three years later, I was heading back at DragonCon chatting with the Bedlam Bards, the premiere Browncoat band. I still had not recorded the album. So I asked Cedric if he and Hawke would be interested in recording a live album of Firefly drinking songs. I didn’t have enough music for one, but together we did.

The bards agreed and our first recording at DragonCon was huge success. We recorded our Firefly drinking songs again at FenCon and then finished up the recordings at concert in Austin, Texas.

The result is stunning. The album features twelve live recordings. Each song has over a score of people singing along in great pub song fashion. Most of the songs are first time recordings, never before released.

At the request of Ben Edlund, author of The Hero of Canton, a portion of the profits for this album will benefit cancer research.