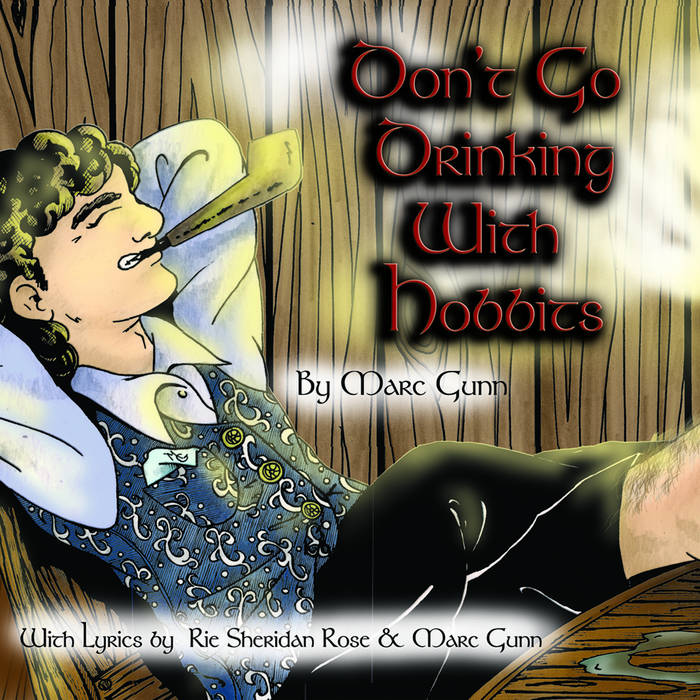 There you are at the Sign of the Prancing Pony in Bree, when you hear the sounds of rollicking song inside. You push open the heavy oak door to see small hobbits dancing on the bar, spilling beer and singing at the top of their lungs.

Little did you know that there are scores of great hobbit drinking songs. Marc Gunn, The Celtfather, met up with Daisy Brambleburr of Bindbale Wood (aka Rie Sheridan Rose) in Hobbiton to discuss and share the drinking songs of the hobbits. He came back with a plethora of great hobbit songs and tunes to share in his newest album, Don’t Go Drinking With Hobbits.

Three years ago, the Brobdingnagian Bards were invited to perform at the first A Long Expected Party where they celebrated a reenactment of Bilbo Baggins’ birthday party. It was an amazing event, a weekend of high adventure, stories, songs, legends, languages, art, and more.

Now, the same folks who brought us that bring us There & Back Again for another weekend of Tolkien bliss. Once again, Marc Gunn will be there to perform.

It was the first party that inspired the idea this album of hobbit drinking songs. Gunn loves Lord of the Rings. It is one of the reasons the Brobdingnagian Bards recorded Memories of Middle Earth. While Memories of Middle Earth featured music inspired by Lord of the Rings, this album also shares Marc Gunn’s love of drinking songs and fun songs with which you can sing-along.

With this album, Gunn asked the question, what kind of songs might the hobbits sing in a pub in The Shire?