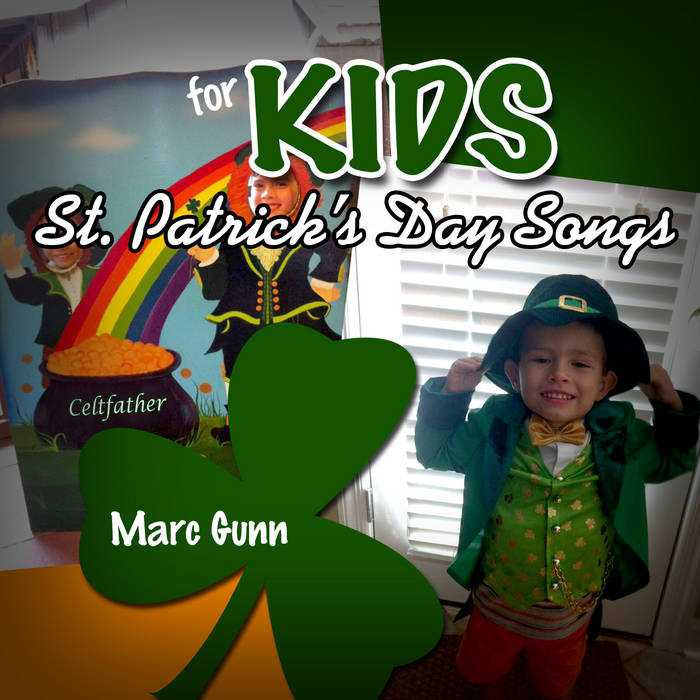 Celebrate St Patrick's Day with your little leprechauns. Your kids will love this collection of fun and funny St. Patrick's Day songs. It's Celtic music for kids and the whole family!

Ever since I had my own daughter I've been thinking about releasing an album of St. Patrick's Day music for kids. But how do you pick such songs Sure, there are a whole bunch of famous Irish kids songs that you may've heard from The Clancy Brothers. They're fun albums, but most of the songs I've never heard of, and my daughter didn't listen twice.

It seems to me that if you're gonna make an album of Celtic kids songs, you should go to the source. Play the songs for kids. That's what I did. Over the past four years, I've played these songs repeatedly for kids at festivals, conventions, and even in my own car. I played them for my daughter. I kept the songs that she thought were fun to sing and dance to. I wrote a couple new ones. When she started singing along, I knew I was on to something.

Thus was born ST. PATRICK'S DAY SONGS FOR KIDS. This album was designed for the wee ones to make them smile and laugh. I also added songs that kids could interact while parents were driving around. Best of all, I picked songs that PARENTS won't get annoyed by. Yes, these are not just kid-favorites, they're also for parents.

So buy an album and hit play. Then watch the smiles grow large on the faces of everyone in your family!