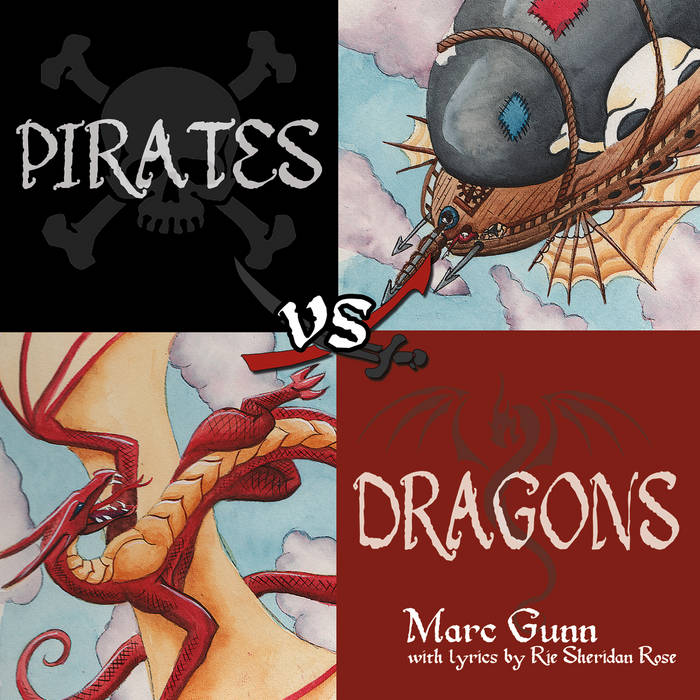 I’ve managed to sneak a bit of pencil stub from the ship’s doctor, and a few scraps of paper from the cook. I’m recording my thoughts with them so I can reveal Black Jack Murphy’s infamy when I finally return to civilization.

There’s a universal truth about pirates. They hunt treasure, and they don’t care who they have to rob to get it.

There’s a universal truth about dragons. They hoard treasure, and they really don’t like for people to try and take it.

I was kidnapped by the infamous air pirate Black Jack Murphy and his crew of the airship The Lady Jean. They wanted me to chronicle their dragon hunts. Little did Murphy know where my sympathies lie!

So, this journal — and the resulting CD, coming soon from Mage Records “Dragons vs. Pirates” — tell the true stories of pirates vs. dragons. The CD combines rousing sea shanties about pirates being pirates with songs about the majesty of dragons, and the journal details the privations I suffered. There’s a little something for both sides here–and I bet you find a new favorite or two.