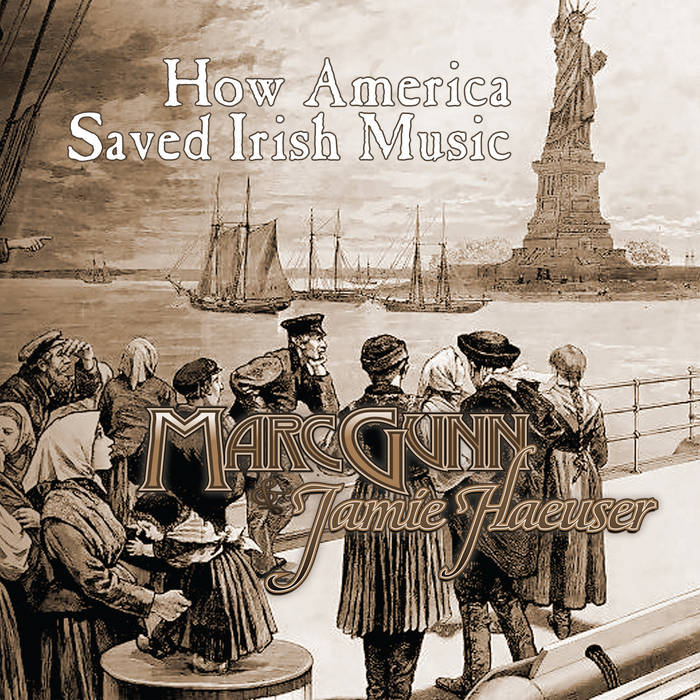 The Irish diaspora of the 19th century sent millions of Irish families to America. Settling in New York, Boston and New Orleans, the immigrants brought Irish music with them. Combining with other folk traditions and sustained by Irish cultural organizations across the country, Irish and Celtic music thrives in America.

Two original songs are based on the construction of the New Basin Canal in New Orleans, where something between 5,000 and 20,000 Irish workers dies of yellow fever. “Leaving of Liverpool” references the fact that the cheapest way to get to America was on a ship that brought cotton to England, and immigrants back to New Orleans. “Stor Mo Chroi” refers to the pattern of Irish men finding work abroad, leaving families behind. Other songs reflect Gunns and Drums’ bluesy spin on everything from anti-war songs to folk songs from Provence.

We would like to offer special thanks to the following people for the incredible generosity for making this album happen: Bryan Muller, Kris Dobie, Stanley Berry, Bob Withers